The memory jar has been, hands down, my favorite craft project that I have ever done. I am not even sure how I first heard about it, but I fell in love with the idea about 7 or so years ago, and have since seen many variations on it. I made it for a friend's birthday, and essentially what I did was, about 6-8 months in advance of his birthday, I contacted as many of his family and friends as I possibly could and had them write down 2-5 really good memories that they had with him on separate slips of paper. They could be as creative as they wanted with the paper and include pictures, quotes, memories, jokes, advice, etc. I gave them really specific instructions to keep the project a secret from him, and to either email or snail mail me their memories. I would then put them into a jar that I had decorated. The response was tremendous, and he got memories from all kinds of people in his life: friends, family, co-workers, acquaintances, neighbors, etc. And the best part, honestly, was reading all the great things that people had to say about him. When I received all of the slips, I folded them up and put them into the jar. When his birthday rolled around, I had so many memories, I couldn't even fit them all into the jar! It was really awesome.

This project that I am doing for this memory jar is a work in progress that I got here, but the idea is that both Josh and I will contribute to the jar throughout the year. We will fill it with memories as the year goes on, and are not allowed to read them until New Year's Eve. So, we started into it a little bit late, but not too late. I hope it gets all filled up!

Materials:
-a jar (I am all for upcycling, so I washed out an old pickle jar)
-slips of paper and a pen to keep near the jar
-whatever you would like to decorate the jar with (stickers, ribbon, etc).

1. Wash out a jar with warm water and soap. Dry thoroughly. 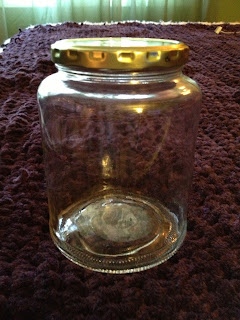 2. Decorate the jar however you would like. Place slips of paper into the jar all year long. Open them on New Year's Eve (no peeking!) 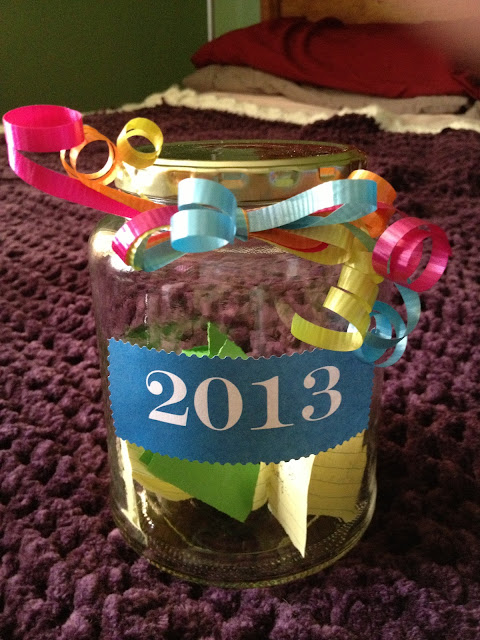