So, I've been seeing a lot of glass etching all over Pinterest, and I really like the idea! I wanted to actually etch a jar for my sister, but knew I had to practice on something first. I was picturing sitting in a chair or on the floor with a sharp tool etching glass away for hours. But actually, it's a cream you use that is super toxic, and it burns the glass. I decided to give it a try. How hard could it be?

Oh man, it was a lot harder than I thought. Also, I was absolutely terrified of getting the stuff on my skin or in my eyes, because there are warning all over the place about wearing goggles and protective gear. I attempted this project on my own, although Josh helped a lot with the camera. I did not want to get that stuff on my camera at all. Here is the first attempt (feel free to join me in laughing at how silly I look or how badly it turned out...) 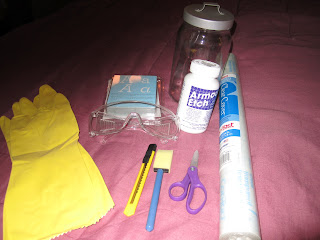 First, I thought I would cut out some stencils of my own from the contact paper. My idea was to cut the letters out of a strip, and apply the letters, and then just etch the area around the letters. But, the pieces I cut ended up being way too small and flimsy. Hard to cut something that tiny, even with small scissors! So there went that idea. 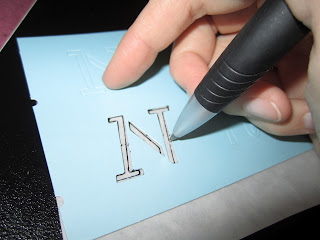 Then I thought, well maybe I will just cut out the letters and etch just the letters. Same problem--I couldn't cut the letters out tiny enough. I decided to just use the damn stencils and throw them out afterwards. 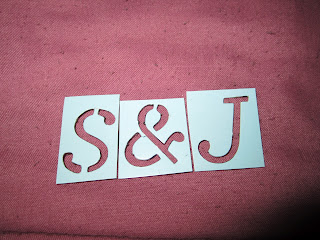 So, I suited up head to toe and went outside. 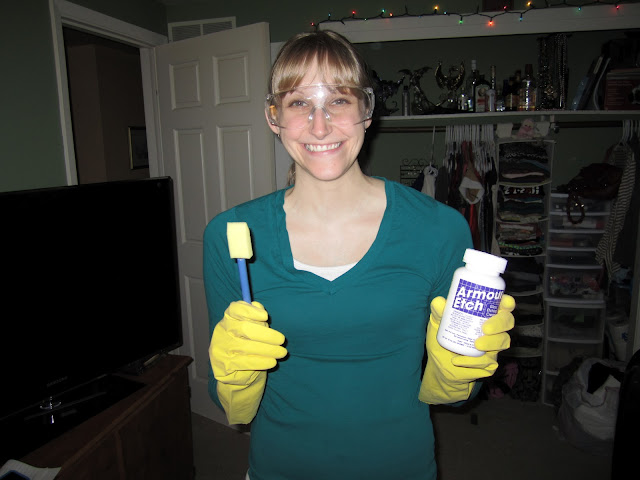 I taped the stencils onto the jar, but only the tops of the stencils. This will be an important note for later. 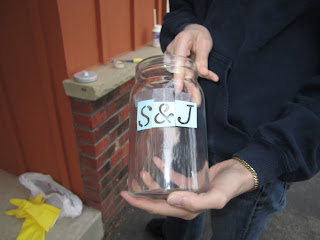 Next, I removed the cap of the Armour Etch (AE) and mixed it up with a plastic straw. Then I threw the straw in the plastic bag. Here's a picture of me gasping for air because the label of the Armour Etch also said, "Do not inhale." 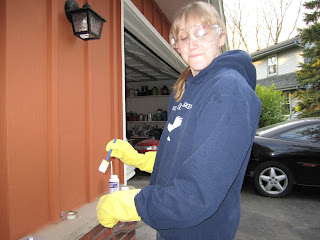 So, at this point, I am freaking out on this stuff like it is that acid alien blood from the Alien movies.

I began to apply the Armour Etch cream with my sponge-y applicator. I laid it on pretty thick. Now, remember how I had taped the stencils onto the jar, but conveniently forgot to tape around all sides of the stencil? Well, the AE cream oozed underneath and behind the stencil, leaving a not-so-pretty design behind. 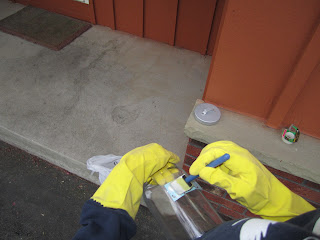 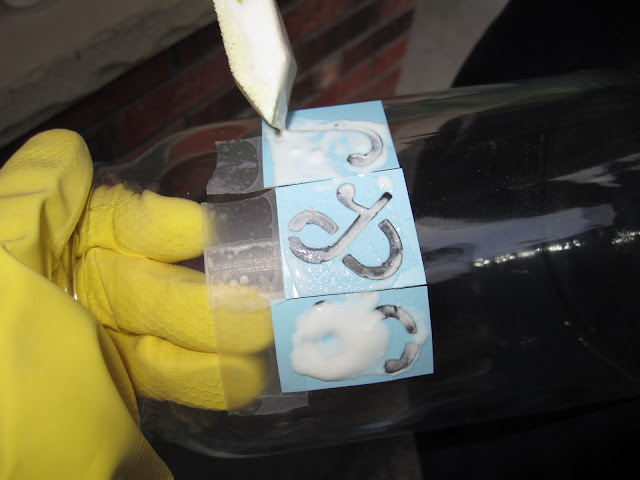 Now, I waited about 20 minutes for the AE cream to dry. Then, I rinsed it off outside with a garden hose, still wearing the gloves and goggles, in case of splashes. Here was the final result: 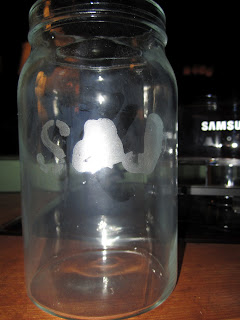 Umm...yeahhhh. Not exactly what I was hoping for. Well, back to the drawing board. Tomorrow I will take my glass etching safety gear and tools over to my mom's house. Apparently my mom had done some glass etching back in the day, and so she is more of a pro (unbeknownst to me!) than I. I am hoping this second time's a charm thing works it's glass etching magic on me tomorrow...Stay tuned!